In 2013, the HOCHTIEF group celebrated the 140th anniversary of its founding.

The first mentions about the company of the Helfmann brothers are from 1873. In 1896, a joint-stock company was established. At the end of the 19th century the company profits from the construction boom caused by the invention of reinforced concrete and it obtains the first contracts abroad. Since 1922 the company is based in Essen and in 1923 is renamed to HOCHTIEF. After World War II it is involved in the post-war reconstruction of Germany and again penetrates abroad. In 1966, HOCHTIEF becomes a multinational corporation. In 1960s HOCHTIEF obtains contracts in the nuclear power industry. In the second half of the 20th century HOCHTIEF starts to benefit from an unexpected enrichment of the oil exporting countries and becomes active in the Middle East.

After the decline of the group´s activities abroad the business again started to develop promisingly in the nineties. Under the restructuring and expansion to the Eastern Europe the HOCHTIEF group buys in 1999 the majority share in the company VSB which becomes over the time the joint-stock company HOCHTIEF CZ.

The group entered the new millennium as a strong versatile company active in all sectors of the construction industry and on all continents.

More information about the history of the HOCHTIEF group can be found in the information brochure published on the occasion of 140th anniversary of foundation of the company HOCHTIEF. 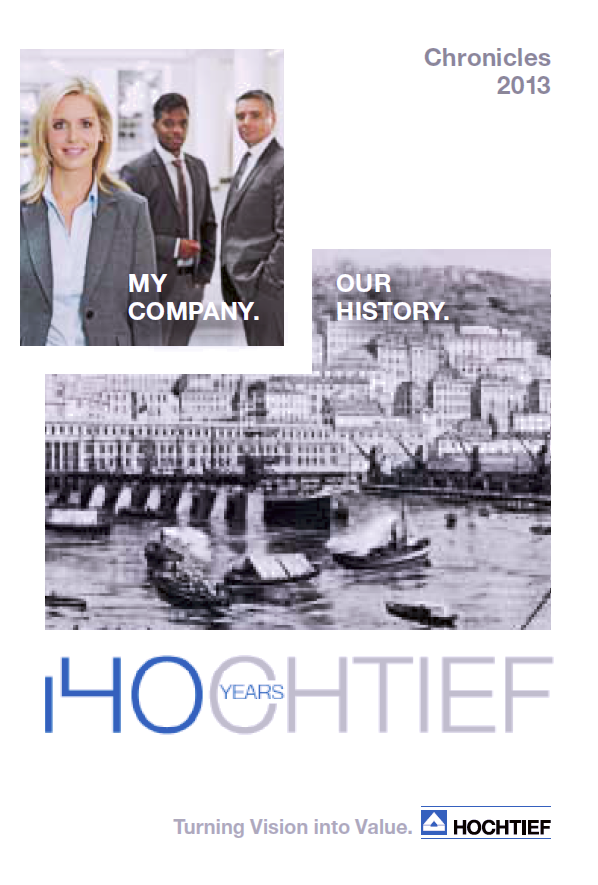